Sea Salt Pearl stands tall with a thin build. She possesses a light pink complexion, small lips, a large pointed nose, and hot pink eyes slathered in mascara. She has long, flowing, hot pink hair that is typically brushed to the side. Her gemstone is embedded on the center of her forehead.

Her outfit consist of a black corset that just barely conceals her chest, black elbow length latex gloves with hot pink nails attached, a short violet-colored skirt, pink high heel pumps, fishnets, and black diamond-shaped earrings on each of her ears. Additionally, she wears white cuffs and a white collar attached to buttons that cover her corset.

Sea Salt Pearl is a stuck up, rotten, spoiled little brat who will stop at nothing to get what she wants. She sees no problem in manipulating other people to her advantage, even those she claims to care about. She finds pleasure and amusement in berating others for their shortcomings and flaws, and finds her own hurtful words to be “helpful advice”. For the most part, her nasty personality stems from her bitterness towards her placement in the Gem hierarchy, believing that she is worthy of a much better title than a "servant". As a form of payback to Homeworld for her lower rank, she refuses to act as a servant to any Gem who she serves under, which has caused her to be labeled as defective.

Sea Salt Pearl was created around 8,000 years ago in one of Homeworld’s many kindergartens. She was made specifically to serve a high-ranking Kyanite who served under Blue Diamond. However, she was quickly disposed of when it was discovered she had a personality defect - she refused to do anything her master told her, and had a bad habit of giving her master attitude. Instead of of sending Sea Salt Pearl off to be shattered, this Kyanite transferred ownership of her to another Gem. Eventually, this Gem got sick of Sea Salt Pearl’s constantly attitude and refusal to contribute anything, and they too passed her off. This cycle continued on for 1,000s of years, until the eventual dismantlement of Homeworld's Gem Empire, where Sea Salt Pearl - alongside all other Homeworld Gems - was freed from serving her superiors/the Diamonds.

Kunzite is Sea Salt Pearl’s most recent owner. His ownership of Sea Salt Pearl began about a year before Era 3, when Kunzite’s manager transferred her over to him as a gift. Since they laid eyes on one another, they’ve been in a constant state of conflict. Sea Salt Pearl often insults Kunzite and belittles the position he holds on Homeworld, teasing him for being “Like every other Gem on the planet”. With the abolishment of Homeworld's caste system, Kunzite no longer holds ownership over Sea Salt Pearl.

Sea Salt Pearl possesses traits and abilities that are common among all Gems of her type. Her summoning weapon is a riding crop. 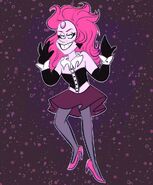 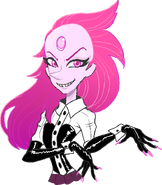 St. Akira
Add a photo to this gallery
Retrieved from "https://steven-universe-roleplay.fandom.com/wiki/Sea_Salt_Pearl?oldid=60336"
Community content is available under CC-BY-SA unless otherwise noted.